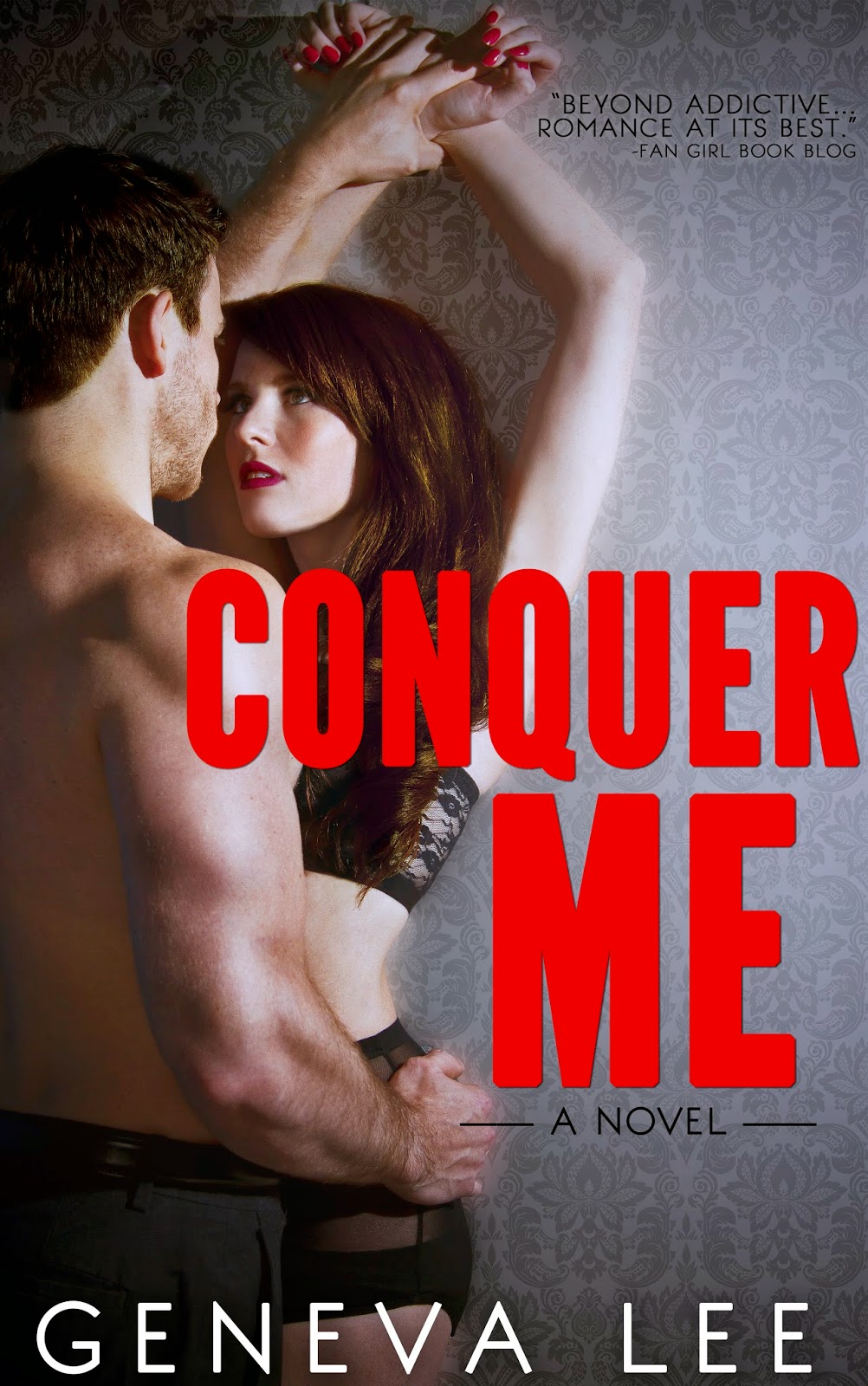 Alexander had the world at his feet and me on my knees...until secrets tore us apart. I should stay away from him. I should run. But I'm addicted to him...to the pleasure and the pain. He warned me about his dark side...about his past. But I have a past, too. Together we'll conquer our demons if we don't destroy each other first. 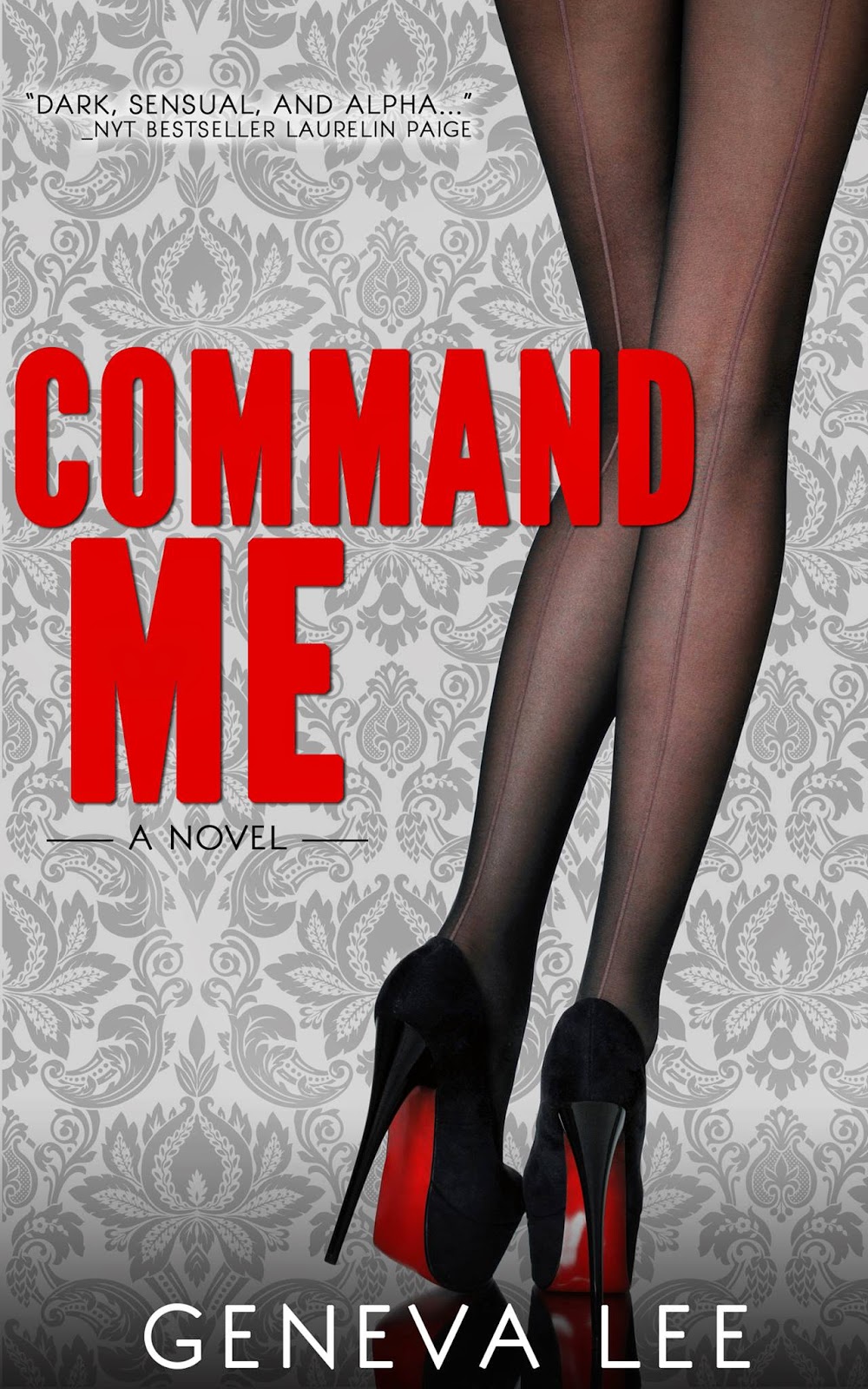 When he kissed me, I was shocked. He was a stranger and still so familiar. It wasn't until I woke up to my picture splashed on the cover of tabloids that I realized I knew who he was.Prince Alexander of Cambridge.Royal bad boy.Exiled heir to the throne.He isn't Prince Charming. He's controlling. He's demanding. He's dangerous. And I can't say no to him.We both have secrets—secrets that could tear us apart or drive us closer together—and as the paparazzi exposes each one, I have to decide just how far I'm willing to go for King and Country.For readers 18 and up due to mature, erotic scenarios.

Geneva Lee prefers fantasy to reality, especially fantasies involving powerful, dangerous, and sexy men. You can find her devouring a good romance while avoiding the laundry and the children. She lives in Seattle with her family.

Email ThisBlogThis!Share to TwitterShare to FacebookShare to Pinterest
Labels: Conquer Me Rebecca Michaels has finally grown tired of her monotonous life and is ready to make a drastic change. Now that her daughter, Charlie, is away at college, there has never been a more perfect time to make it happen.
Packing up and leaving behind all she's ever known, she eagerly ventures out in search of what the world, outside of this dull town, has in store for her.
When she first encounters Andrew Chambers, a mysteriously sexy and seemingly wealthy stranger, she doesn't think she will ever stand a chance with someone like him. Little does she know just how wrong she is or how fierce an attraction the two of them would immediately share. Although, lavish attention and on-demand orgasms are not something she's going to complain about, the speed and intensity with which Andrew pursues her is almost more than she can handle.
Rebecca Michaels wanted an adventure, but the one that awaits her isn't necessarily what she had in mind. Jenna Tyler’s Sexy, Quirky, Funny Debut Novel – Something More
Becca Michaels has left all things from her past in her rear view mirror when leaving Florida, and relocating to Portland. For the first time in 19 years she is making decision for herself, moving and starting over in an effort to be truly happy. With her daughter Charlie grown and attending college, 40 year old, divorcee Becca is starting over. Getting settled in a new apartment, starting a brand new job, and looking for new friends, she’s ready for anything. A bonafide, self professed book junkie, Becca still believes in Happily Ever Afters, even though she has yet to find hers. A trip to the fabulous local bookstore turns out to be one of the best decisions she has ever made. Enter Drew Chambers, eligible bachelor, successful business man, sexy, sweet, sensitive, and stalker extraordinaire.

Something More, is not a slow build; it’s almost instantaneous in its chemistry and sexiness. It’s a story about taking risks, letting go, and allowing yourself to be loved. I love Becca, mostly for the fact that she is incredibly real, sarcastic and feisty. She’s a real woman with real thoughts and fears, she’s anal retentive at times and its quite humorous at times. Drew, well he is just perfect, almost too much so. I found myself sighing, swooning and fanning myself throughout the entire book. He is quite possibly every woman’s fantasy. The connection between Becca and Drew is instant, and undeniable. Their attraction is so strong neither is able to resist, even Becca really does try to play hard to get.

Something More, is a fun, sexy, fast read that will leave you feeling happy, and hopeful about finding your very own Happily Ever After, with your own Drew Chambers.

- I am EXTREMELY sarcastic. You don’t know if I’m really a bitch or not...which I totally am. My sense of humor doesn’t always register with others, but I get a kick out of myself.
- My first book boyfriend was Edward Cullen. I hadn’t read a book in about 15 years before my daughter insistently persisted that I read Twilight. Once I started, I couldn’t put them down. I read them all in 5 days and then reread them a week later. It opened up a whole new world for me. I started out all vampy going from Vampire Diaries to Sookie Stackhouse to every other vampire book I could get a hold of. I still love my vamps. And then came 50. That was the series that put smut on my radar and I haven’t looked back since. (I crave Gavin)
- Reality TV...well TV in general, but reality TV is a lifeline. I was raised watching TV and my mom is more addicted to it than I am (apparently it’s possible). I seriously watch tons of it.
- To go along with #3, I’ve watched every season of The Real World (except one...Cancun) from the very beginning and still watch them and the challenges. (I <3 CT)
- I missed my calling to be a healthcare provider. I should’ve been a doctor or RN. I love it and am quite knowledgeable in it. I should download a diploma and just call myself a doctor. That’ll work right? I often wonder if some of the doctors these days did that.
- I eat peanut butter (with syrup) on my pancakes, waffles, and French toast. If you haven’t tried this, YOU MUST! Now my kids won’t eat them any other way.
- I have 5 tattoos and have at least 5 more I want to get. And my tramp stamp needs a touch-up while my ankle probably needs a complete cover up. Also, I got my first one when I was 17. Can you say illegal? Whoops. My bad.
- I’m usually honest...sometimes to a fault and sometimes a little too harsh.
- I met some of my favorite people online (and some I’d rather forget)
- I’m so much cooler online. In person, I’m shy, usually quiet, and sometimes awkward. Unless I know you, then it’s game on.
- I won’t lend out my actual books for fear of them getting bent, scratched, etc. A hurt book is a sad book. But I will lend out Eat, Pray, Love (was good to read once, not worth a reread)...go figure.
- I’m double-jointed *wink wink*
- The number 413 (my birthday) is weaved throughout my life in different ways. It is MY number and I see it everywhere...usually daily. If you pay attention, you’ll notice it in my books in some form or fashion. I was born and raised in South/Central Florida. Currently residing in Texas, I love spending time with my fur-baby, Roxy… and sometimes my kids (when they behave). I enjoyed writing poems as a teenager, but it was short-lived. I didn’t become an avid reader until… Twilight and became obsessed. My passion for reading led to stories and characters nagging at me. Then a friend suggested I write it out and have now released my debut novel, Something More.
I'm currently writing another novel and short story for an anthology.